Interactive whiteboards are something you find in pretty much every school, college and university these days. Mostly these come from one of two companies, Smart and Promethean, both of which also supply the main software application that typically teachers and students interact with. This application is closed source and runs on Windows and does some basic things like allowing the teacher or student to draw on the board using drawing tools, import presentations and documents, and include some interactive content.

Open Sankoré is an open source whiteboard application, and it does basically the same kinds of thing the Smart and Promethean software does.

Whats also surprising about it is that it also implements the W3C Widgets specification for its interactive content. Which means as well as scribbling notes on documents, and doing drawings, you can also drag in widgets developed for Apache Wookie or created using Widgat or MyCocktail and use those on the whiteboard.

Both Promethean and Smart have also been working on adopting W3C Widgets for a common interactive content standard – Smart even integrated Apache Wookie in prototypes for the ITEC project – but seemed to have problems bringing that innovation to market.

I had a play around with the application and it looks like a very good drop-in replacement for standard whiteboard software, and also works on other kinds of devices. In the screen capture below, I’ve added my Monster Math game widget and a Venn Diagram widget I created – you can also see some of the built-in ones in the palette on the right-hand side of the screen:

You can also record your activity live and publish it directly to YouTube, which is a nice touch allowing you to easily create and distribute tutorials as open educational resources.

I’m particularly keen to give it a try with a homebrew interactive whiteboard using a projector and a wii remote using the instructions from Johnny Lee: 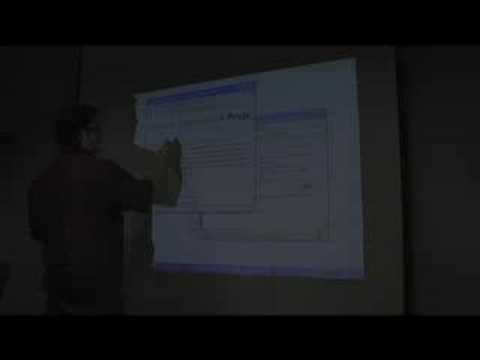 Smart and Promethean have been having issues recently with declining revenues, which has prompted Promethean to start making some noises about going open source lately so it will be interesting to see how this story plays out. If it continues to improve and to match the features of the main closed-source offerings, Open Sankoré definitely has the potential to disrupt the market – imagine partnerships with commodity hardware manufacturers, for example.

Open Sankoré can be downloaded from http://open-sankore.org/ and the source code can be accessed from the developer site.

The project uses a GPL license, and according to its governance information it appears to operate using a meritocratic governance model.